So 12 years since he died, thanx for the comedy, “teachings!!”, new perspectives, should I go on!!!

Ok, so also some climbing pics of Johnboy at Wilton 2, wow how cold was it!!! 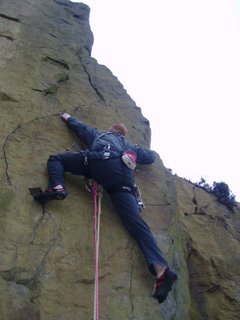 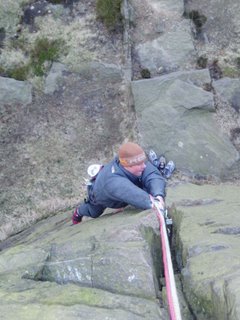 Somewhere 1 day I was convinced there was an Ashcroft thing that I did after the gig, alas its not here now, about why I enjoyed his music etc soo much… Found the gig review, wow, I thought there had been 2 posts in a month about him… Erm, I really want to know where it went though, I’m convinced it was on here for a couple of days now its vanished…

There will be an ice climbing report coming soon, probably tomorrow since I’m gonna try and finish the first series of 24 tonight…

Oh yes, remember “Life is just a ride” – Hicks (why this fascination?)… If you know then, you wouldn’t ask, but on the 26th you’ll find out…

Well heres the link for the ice climbing pics . I will put the link on the side bar as well, the report will come later when I’m not soo tired…

Damn, right I said it could be the Arctic Monkeys the band of 2006. Well, damn this Editors album is truely amazing but maybe its just me!!! However, I remember seeing them live on TV, Monkeys where better at the time… Wow, gotta see both of these this year… Then make the call!!! Haha, both very good albums…

Well the titles a lie, yes, for once on my blog I lied… Wow, I had semi constructed this post in my head before I started writing, got to here and its all gone…

Right its all filtering back in to the grey matter – must have left for a moment, first things first:

Well I’ve been quite in to Firefox for some time, but alas I think my love affair is coming to an end… Personally (I know I have customisations on it) but the memory it takes up is getting silly. For example, testing 1 site out on the new IE 7.0 and Firefox, Foxes memory usage is almost double that of IE 7.0… OMG, yes me, approving M$ stuff!!! I know that IE 7.0 is only Beta, and is extremely similar to Firefox, but personally I’m starting to get used to it, and its not has hoggish as Firefox is… So thats the quick technical rant…

Then there was something else, oh yes, I’m gonna be away for a week while I’m ice climbing in Cogne, can’t wait… What else to say about this, well its the first time I’ve been ice climbing. Thats about it, yes I will try to come back with noo black eyes.

Then the final thing is erm… Right there was a final thing, but its not final anymore, its gone!!!

Well I was going to rant, but then I thought why bore you with some of the same old stuff over and over again, or rather I just can’t be arsed ranting about it anymore? There was another point I wanted to rant about, but I can’t really be bother ranting about that either because the response from you reading this blog will be the same!!!

So, since I ain’t having a rant and its February I’m gonna start the month off with someone else who had a rant about stuff… Wow, ranting, rant whats next??? Well anyhow to the point, its Bill Hicks… Here’s a link to some cool quotes from his shows and also his actual website.

Just explore, but 1 of my favourite segments from his shows is:

“The world is like a ride at an amusement park. And when you choose to go on it, you think it’s real because that’s how powerful our minds are. And the ride goes up and down and round and round. It has thrills and chills and it’s very brightly coloured and it’s very loud and it’s fun, for a while. Some people have been on the ride for a long time, and they begin to question: Is this real, or is this just a ride? And other people have remembered, and they come back to us, they say, ‘Hey – don’t worry, don’t be afraid ever, because this is just a ride …’ And we … kill those people. Ha ha, ‘Shut him up. We have a lot invested in this ride. Shut him up. Look at my furrows of worry. Look at my big bank account and my family. This just has to be real.’ It’s just a ride. But we always kill those good guys who try and tell us that, you ever notice that? And let the demons run amok. But it doesn’t matter, because — it’s just a ride. And we can change it anytime we want. It’s only a choice. No effort, no work, no job, no savings and money. A choice, right now, between fear and love.

The eyes of fear want you to put bigger locks on your doors, buy guns, close yourself off. The eyes of love instead see all of us as one. Here’s what we can do to change the world, right now, to a better ride. Take all that money we spend on weapons and defenses each year and instead spend it feeding and clothing and educating the poor of the world, which it would pay for many times over, not one human being excluded, and we could explore space, together, both inner and outer, forever, in peace.” – Bill Hicks, “Revelations” 1990.